That one time Eric Clapton stole George Harrison’s wife: the story behind ‘Layla’ 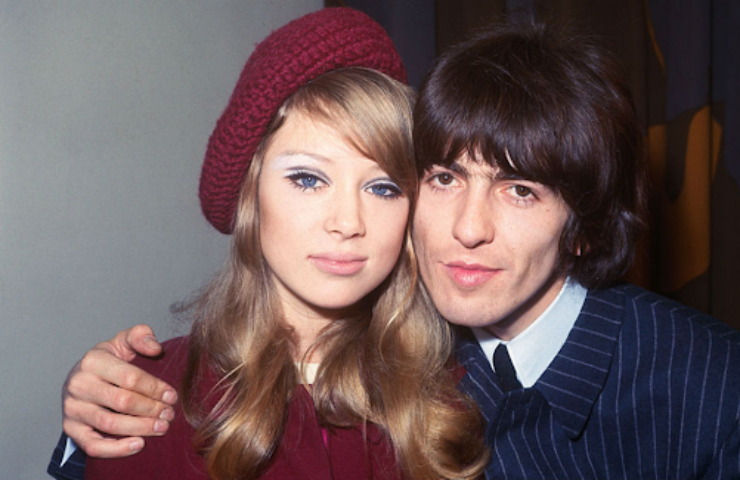 Close your eyes for a sec and listen to the opening chords of “Layla” with me. Shoot, play the song if you’d like.

Oh. The introductory riff hits. It’s one of the most recognizable in all rock and roll history. And the story behind the song is equally as juicy.

The song is by Derek and the Dominos, a one-album band that consisted of Eric Clapton, singer and keyboardist Bobby Whitlock, bassist Carl Radle and drummer Jim Gordon. The song “Layla” would only be added to the album in the final stages of recording, and it made a big enough impact on the band that it became the titular song.

“Layla and Majnun”, a Persian poem written in the seventh century that has been hailed as a master literary piece, even called the “Romeo and Juliet of the East” by poet Lord Byron. The story was first introduced to Clapton by friend and Sufi thinker Abdalqadir al-Sufi. A tale of forbidden love, Abdalqadir thought Eric Clapton would benefit from the catharsis only painful relatability can produce. And he was right, but the story likely didn’t result in the outcome he’d intended.

Clapton could certainly relate to the tale of “Layla and Majnun”, as he too found himself in an impossible situation. He was deeply and undeniably in love with his friend’s wife, English model and photographer Pattie Boyd, then Pattie Harrison. As in George Harrison’s wife. Yes, George Harrison of The Beatles. Whoops.

Clapton had always found Boyd attractive, but the emotional affair (eventually turning physical) only took off in full swing after she’d endured years of an unhappy marriage to Harrison, filled with neglect and cheating on his part with multiple women, including Ringo Star’s wife Maureen.

So when the suave Eric Clapton comes along to do everything Geroge is no longer doing for Boyd (complimenting her looks, her cooking, paying attention to her art, listening to her, making her laugh. You know, the things women actually want), of course she’s going to start to drift.

Despite Harrison’s moodiness and infidelities, he’d occasionally snap back to the man he was when he met Pattie on the set of ‘Long Day’s Night.’ If the drugs were right and Maureen wasn’t around, he’d bounce out looking for Pattie, who was becoming increasingly unavailable.

Meanwhile, Eric’s love continued to grow. In his obsession, Clapton penned “Layla” for Boyd. Their lyrics are desperate, passionate, and delivered with unparalleled truth by Clapton. The guitars, as I mentioned earlier, are searing and iconic. It’s an intense song, capable of bringing people who have never experienced a similar situation into the story and ringing true to those who have.

And yet, Clapton wasn’t completely satisfied with this musical masterpiece, still feeling it needed something more. As he wandered by the studio late one night, he caught Jim Gordon from Derek and the Dominos using the studio without permission. Instead of revealing himself immediately, he stayed and listened to mesmerizing piano compositions. He convinced Gordon to give him the song, originally meant for his own solo album and tacked it to the end of “Layla” three weeks after the first half had been recorded.

Personally, I don’t care too much for the piano outro. I know, hearsay, burn me at the stake. All my musician friends feel the same as you. But I’m BEGGING you to consider how sick it would be if the song ended as strongly as it began. As beautiful as that piano segment is, it just wasn’t meant to be the ending. However, Bobby Whitlock agrees with me. When asked about his thoughts on the piano outro, Whitlock says “It taints the integrity. It has nothing to do with the rest of the song. It just sounds like a mess.” While this (in my humble opinion) is true, you do have to consider Whitlock may only feel this way because the music was allegedly stolen from his then-girlfriend Rita Coolidge, so take it with a grain of salt. Then again, there were multiple witnesses in the room when Coolidge originally presented the song to Clapton so…

Clapton tried, time and time again, to get Boyd to come away with him, but he never quite could convince her to leave George for him. Finally, he took her to a flat in London, busted out a cassette player, and played.

“(It was) the most powerful and moving song I’d ever heard,” Boyd said in her book “Wonderful Tonight”. “It was ‘Layla’, a song about a man who falls hopelessly in love with a woman, who loves him but is unavailable. My first thought was ‘oh God, everyone is going to know who this is.’ I felt uncomfortable that he was pushing me in a direction I was no longer sure I wanted to go. But the song got the better of me. With the realization that I had inspired such passion and creativity, I could no longer resist.”

Tale as old as the first caveman drum, I suppose; the musician gets the girl.

A record manager was throwing a party later that night. Pattie wanted to go, but Geroge was ‘too focused on meditation and disconnecting himself from the material world’ to be bothered by his lively wife’s desire to dance and be merry. So, she went alone, only to find Eric in attendance.

Almost nearing dawn, George changed his mind about the party, asking for Pattie’s whereabouts upon arrival. Finally, he spotted her with Eric in the garden. In her autobiography “Wonderful Tonight,” Boyd recalls what happened next.

“It was just getting light, and very misty,” Boyd said. “George came over and demanded: ‘What’s going on?’ To my horror, Eric said: ‘I have to tell you, man, that I’m in love with your wife.’

Well. We do stan a bold king but… come on, dude. *tugs shirt collar nervously*

Here’s where some details get murky. Clapton would later say he cleared the ‘swap’ with Harrison prior. Party-goers would say Harrison was furious. Boyd said George was pretty confident he had nothing to worry about, dismissing the whole situation with an infuriating ‘I don’t care.’ Well, he should have cared. Because his marriage to Pattie ended in divorce in 1977, and she proceeded to marry Eric Clapton in 1979.

Surprisingly, once all the animosity died down, Harrison continued his friendship with Clapton, even attending his and Boyd’s wedding alongside Ringo Starr and Paul McCartney. There was an impromptu jam session at the wedding. If John Lennon had attended, it would have been the last time the Beatles played together.

This concludes my very basic overview of the tale of “Layla” and how Eric Clapton stole George Harrison’s wife, a story I often like to tell over drinks as I hop around, waving my arms to animate my speech. I’ve left out a lot of details, like alleged voodoo used to aid Clapton in his attempts to woo Boyd, or how he got with her little sister Paula for a short time in an attempt to quell his Boyd thirst, since Pattie kept rejecting him. Oh did I mention he was engaged to an aristocrat named Alice Ormsby-Gore when that bit went down? Yeah… I never said these were good people, but they did live lives fit for legends.

I won’t go into all the details, nor share how Clapton and Boyd’s marriage went (and later ended), but I will encourage you to go down the internet rabbit hole and find out for yourself. Everyone involved tells a slightly different version of events, always in a way that makes them look good,  and it’s always fun to try and get as close to the truth as possible. Drunk Uncle: A band to look out for

Sometimes leaving a wedding early to go watch one band, can introduce you to another you will love....